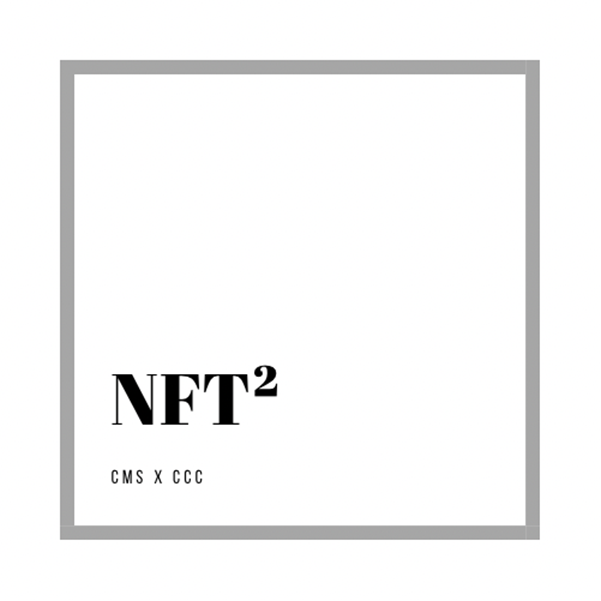 What on earth is an NFT?!

We suspect that if you’re reading this, then you’ve probably at least heard of Bitcoin or Ether before.

There is another set of tokens however, which don’t quite work in the same way: the non-fungible token or ‘NFTs’. These tokens derive their value from their uniqueness, or as they’re widely known by the mainstream press, their capacity to become a sought-after collectible — think Fabergé egg; think Pokémon cards; think old school comic book collectibles… but digital. You can’t split these assets into different parts, nor can you exchange it for another type of asset. If you did, it just wouldn’t have the same value. It would be like claiming that the pristine 1938 Action Comics №1 copy that sold in 2014 for $3.2million is the same as a non-pristine copy, or is the same as a copy of Action Comics №2… just, no.

Collectibles can be fun, exciting, and owning a rare item on a very basic level, does things to human psychology. But there are other use cases for NFTs too, which is explored below — don’t worry though, as we’ll briefly touch on some other fun examples in the collectibles space too.

1. Certified Documents. Certificates can be faked, and sometimes they’re so good that you can’t even tell they’re counterfeit. Uploading certification details on the blockchain and checking the NFT distributed against that information is a great way to ensure a certificate’s eligibility.

2. Sports. Similar to certificates, fraudulent sports ticket sales have been an issue for some time. Ticket sales by way of NFTs helps to make sure that fans are getting genuine tickets, which they can verify on the blockchain. Additionally, there are also collectible use cases for sports from digital collectibles to NFT-backed sports fantasy games.

3. Loyalty Points. The concept of reward tokens isn’t new — McDonald’s, for instance, gives you a loyalty card for hot drinks. 6 stickers on your loyalty card and you can go get yourself a hot drink on the house. These cards can be easily misplaced though. The loyalty points NFT use case isn’t particularly looking to do anything novel — it just means that if your loyalty points are distributed by way of NFTs, you can’t misplace your points because it’s already on the blockchain, which you just can’t really lose.

4. Art. And Memes. Do Memes count as art? A self-portrait of Sophia the Robot created in collaboration with Italian artist Andrea Bonaceto recently sold for nearly $700,000. Plus, the Overly Attached Girlfriend meme recently sold for $411,000. Yup, you read both correctly. A robot and a meme. Literally.

5. Music. Lindsey Lohan recently partnered with Tron to release her new single “Lullaby” by auction. Not long before that, Kings of Leon released their album “When You See Yourself” as NFTs. They released three types: one which represents a special album package, one which offers advantages during live shows such as front-row seats, and another which represents exclusive audiovisual art.

6. Fine Wine. OpenSea, a marketplace for digital collectibles, has brought fine wine trading to its platform. It allows participants to trade fine wine via NFTs and redeem the physical bottles at the end of each sale.

When you buy a book, you do not expect to own the copyright in the literary work which is between the covers. All you have is the physical copy and, under a copyright concept called “exhaustion”, you can sell that copy without any need to obtain the creator’s approval.

Even before you move into the world of NFTs, buying a piece of digital content is different. What you are actually buying is a licence to download/stream the content and use it in the ways defined by the licence. So, I may be able to share e-books I buy with other members of my family, if that is how the e-book system is configured but I can’t re-sell them once I have read them.

So buying an NFT is, in IP terms, like buying any other piece of digital content, in that my right to any copyright material in the NFT is defined by the licence; the difference being that with an NFT, the licence is also locked into the token and validated through the blockchain.

From the perspective of the NFT creator, it is therefore important to ensure that you own whatever you are purporting to grant a licence for. And ownership of content is not always straightforward — for example, take a music collectible NFT featuring some artwork and a sound recording. The artwork is likely owned by the creator of that art (or the person who commissioned it, if they drew up a suitable contract). The sound recording will typically be owned by the record label and the copyright in the songs which are recorded for the sound recording will be owned by the music publishers (often a song will have multiple songwriters, each represented by a different publisher). So, in order to launch the NFT, you will need deals with all of these people, all of whom will want both a commercial benefit and they may also want to ensure their creative integrity is respected.

At the other end of the spectrum, there is no reason why an NFT could not be used to sell fractional ownership of some IP rights — a form of securitisation, which will no doubt be explored in the coming weeks and months.

Although the regulation of crypto is very new, it was developed before the recent explosion in popularity of NFTs. As a result, NFTs are not specifically addressed in the current laws or policies. However, this does not mean that they are not regulated. But it also does not mean that they are regulated. #Confused? You should be! The non-fungible character of a token will not affect its regulatory status. It is the other characteristics and function of the token that will determine if and how it is regulated.

If a token has characteristics similar to those of traditional securities, like shares, debentures or units in a collective investment scheme, it will be considered a “security token”. A token which functions as electronic money will be considered an “e-money token”. Businesses conducting activities connected to these “regulated tokens”, such as issue, sale or marketing, will be regulated by the Financial Conduct Authority (FCA) in the same way as traditional financial services providers.

If the token does not confer any rights on the owner, other than the ability to hold, buy or sell, then it will be considered an “exchange token” and will not be regulated. If the token confers rights to obtain goods or services, including rights to other tokens, it will be considered a “utility token” and will not be regulated. If a token combines the characteristics of an “exchange token” and a “utility token”, it will also be unregulated. Most common cryptocurrencies, including BTC and ETH, are considered to be exchange and/or utility tokens and as such they are unregulated.

In general, if a business provides the services of exchange or custody of crypto, it will be subject to the Money Laundering Regulations (MLRs). Such a business must be registered with the FCA, perform KYC checks on its customers and monitor their transactions, along with other AML requirements. “Exchange” appears to cover any business that sells cryptos to customers in return for fiat or crypto, including where the business also creates or issues the crypto. “Custody” includes a business holding crypto on behalf of customers or holding their private keys. Businesses that only provide unhosted (non-custodial) wallets or software are not subject to AML requirements.

However, a recent consultation from HM Treasury on crypto regulation suggests that it views the MLRs definition as including NFTs in principle. Hopefully the position will be clarified by the regulators soon. For now, whether a particular NFT is subject to the MLRs will need to be determined on a case-by-case basis, looking at both the token itself and the business that is providing exchange or custody for it.

Many features of Emtech transactions that lawyers work on are features of NFTs. For example, NFTs:

We created an NFT!

We jumped on the NFT bandwagon and made an NFT out of this note on NFTs (challenge: how many times can you get ‘NFT’ into one sentence…). You can take a look at it here: That-NFT-o… NFT for sale at Mintable.app

The NFT is a digital representation of this note. What the purchaser gets is the original form document that this note came in. We should probably also mention that we only created one NFT version of this note — we had no intention of profiting from this exercise, and we really just wanted to show you that it’s super easy to mint an NFT… even a bunch of lawyers could do it!

How to make NFTs (for non-techies)

Step 1: Check out your platform options in terms of minting your NFT. There are plenty of great ones out there like Rarible, Mintable, Opensea and Foundation.

Step 2: For our NFT, we used Mintable as our chosen platform, and we chose the version which is powered by our friends at Zilliqa (https://zilliqa.mintable.app). Here’s Zilliqa’s website too, for good measure: https://zilliqa.com Step 3: Create and list your NFT. Mintable has a very easy to follow set-up, and it auto-generates the NFT for you — no need to be a total techie! Step 4: Release an NFT about the fact you’ve just released an NFT to promote the fact that you’ve released an NFT. #NFTception NB: We also worked with our other friends in the space, NFT42 (https://nft42.com) about how best to launch this project, and they gave us plenty of useful advice!

DAZN Newsdesk recently announced the launch of its …

What on earth is an NFT?! We suspect that if …

We were asked by the Mahomes Team to create NFT …